A new CNN poll about the race between President Donald Trump and Democratic nominee Joe Biden shows what amounts a statistical dead heat among registered voters nationwide and a virtual tie in battleground states.

The poll found that 50 percent of those polled support Biden while 46 percent support Trump. However, the margin of error for results among registered voters is 4 percentage points, which means Trump and Biden could be in a tie. 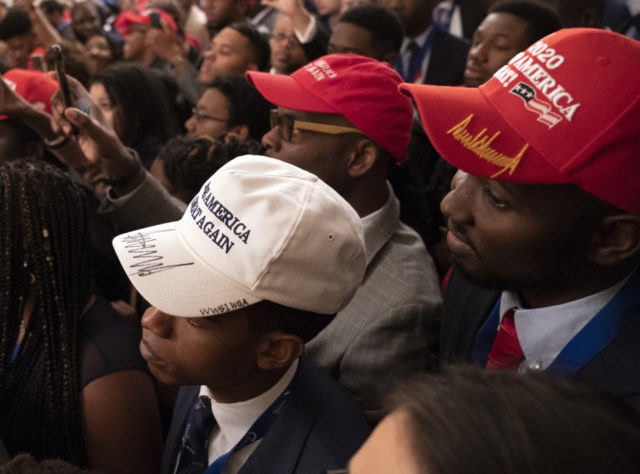 RUSH: The Orders to Take Out Trump Must Have Gone to Fox, Not the Other Candidates

RUSH: It was just 24 hours ago, ladies and gentlemen -- a mere 24 hours ago -- that I was behind this very Golden EIB Microphone informing you that I had come across a bit of news.  The bit of news was that big-time Republican donors had ordered to take out Donald Trump in the debate last night.

We all made a mistake.  We assumed that the orders went out to the candidates.  But the candidates did not make one move toward taking Donald Trump out.  The broadcast network did; the candidates didn't.  I mean, let's review.  The first question from Megyn Kelly to Trump was, "You've called women fat slobs, pigs, whatever," and he said, "No, just Rosie O'Donnell."  The place starts laughing and so forth, but she's not amused, and she tells him, "No, it's more than that."

She keeps going on and on and on about it, and says, "Is this the right kind of temperament?" Whatever it was.  Trump was clearly caught entirely off guard by it, and even today he said, "I'm not... I don't know when I've ever said this stuff."  Who knows if he writes all of his tweets that he posts.  You know, this is the danger that when you start going in the social media stuff and tweeting stuff and maybe you hire somebody to do it for you.

I happen to know Trump does not use a cell phone, folks. He does not do e-mail, for this very reason. I was told long ago when I first started playing golf with the Trumpster, he does not use a cell phone, or at least he doesn't do e-mail.  I was kind of surprised, frankly, when I saw that he started tweeting. My first question is, "Does he write these tweets himself or does he have somebody on his staff doing it just because it's hip and it's hot and he wants a presence in it?"

Continue reading "RUSH: The Orders to Take Out Trump Must Have Gone to Fox, Not the Other Candidates" »

A Wisconsin court has told a lesbian that legal adoption, not merely nurturing a child, determines parental rights.

A new poll indicates more than half of those in the work force have been negatively affected by the recession, which began 30 months ago, and it shows that spending habits have changed in that same time period.

Not even 4 in 10 believe Obama birth story

Not even 4 in 10 believe Obama birth story

Not even four in 10 people across America believe President Obama's narrative about being born in Hawaii, according to a new poll. A new 60 Minutes/Vanity Fair poll shows that only 39 percent of respondents believe Obama was born in Hawaii as he wrote in his book. The magazine boasted, "A whopping 63 percent – very nearly two-thirds of us – went out on a limb and stated for the record that we believe in the United States. It's enough to make you proud to be an American – or 63 percent proud, at any rate." But that included those who say they believe he was born in Kansas or some other unknown state, which still would conflict with Obama's narrative.     read the rest of the story>>>>>>>>>>>>>

POLL: How have compact fluorescent lightbulbs worked in your home?

How do you like to spend your "me" time?

A messianic Jewish leader isn't surprised that a recent Gallup survey shows Americans are more than twice as likely to express "prejudice" against Muslims than against Christians, Jews, or Buddhists.

PRINCETON, NJ -- Thus far in 2009, 40% of Americans interviewed in national Gallup Poll surveys describe their political views as conservative, 35% as moderate, and 21% as liberal. This represents a slight increase for conservatism in the U.S. since 2008, returning it to a level last seen in 2004. The 21% calling themselves liberal is in line with findings throughout this decade, but is up from the 1990s.

These annual figures are based on multiple national Gallup surveys conducted each year, in some cases encompassing more than 40,000 interviews. The 2009 data are based on 10 separate surveys conducted from January through May. Thus, the margins of error around each year's figures are quite small, and changes of only two percentage points are statistically significant.