I'm from the Govt and here to Help! GOD FORBID!!!!

Posted at 09:44 AM in American's fight for America!, Big Brother is Watching, Humor | Permalink | Comments (0)

The 4 Horsemen of Revelation- and toilet paper! 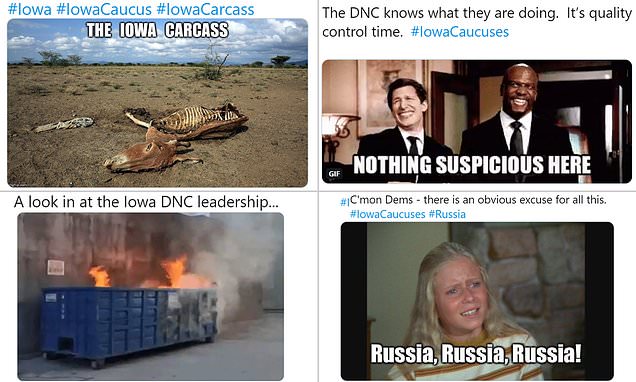 Problems with a mobile app appeared to force a delay in reporting the results of the Iowa caucuses Monday, leaving the campaigns, voters and the media in election limbo and pressing for an explanation. But many social media users watching at home were left humored by the fiasco, taking to Twitter to share hilarious memes mocking the situation.  One Twitter user hilariously dubbed the event 'the Iowa Carcass', creating a meme by emblazoning those words over an image of a dead animal.

Who is the Real Liar?

Making Fun of the nonsense of the left --- i.e COMMUNIST

New, Deadlier AR-16 Introduced Which Is An AR-15 Wearing A MAGA Hat 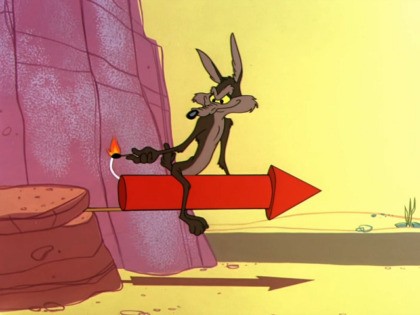 MAGA and The Plain Truth Cartoon of the Day

What people on the Farms have to do during hunting season

Those brought up in rural America are very familiar what happens when people from the city become hunters!

Yes, this is a real story- Mike the Miracle Chicken had his head cutoff- and lived ANOTHER 18 months!

Mike the Headless Chicken (April 20, 1945 – March 17, 1947), also known as Miracle Mike, was a Wyandotte chicken that lived for 18 months after his head had been cut off. Although the story was thought by many to be a hoax, the bird's owner took him to the University of Utah in Salt Lake City to establish the facts.

On September 10, 1945, farmer Lloyd Olsen of Fruita, Colorado, was planning to eat supper with his mother-in-law and was sent out to the yard by his wife to bring back a chicken. Olsen chose a five-and-a-half-month-old Wyandotte chicken named Mike. The axe removed the bulk of the head, but missed the jugular vein, leaving one ear and most of the brain stem intact.

Due to Olsen's failed attempt to behead Mike, the chicken was still able to balance on a perch and walk clumsily. He attempted to preen, peck for food, and crow, though with limited success; his "crowing" consisted of a gurgling sound made in his throat. When Mike did not die, Olsen instead decided to care for the bird. He fed it a mixture of milk and water via an eyedropper, and gave it small grains of corn and worms.

In March 1947, at a motel in Phoenix on a stopover while traveling back from tour, Mike started choking in the middle of the night. He had managed to get a kernel of corn in his throat. The Olsens had inadvertently left their feeding and cleaning syringes at the sideshow the day before, and so were unable to save Mike. Olsen claimed that he had sold the bird off, resulting in stories of Mike still touring the country as late as 1949. Other sources say that the chicken's severed trachea could not properly take in enough air to be able to breathe, and it therefore choked to death in the motel.

I only Do Shoes- Not Faces