'It should be driven, enjoyed, and cherished': Dustin Hoffman puts iconic 1949 Buick from Oscar-winning film Rain Man up for auction - and it could fetch up to $250k 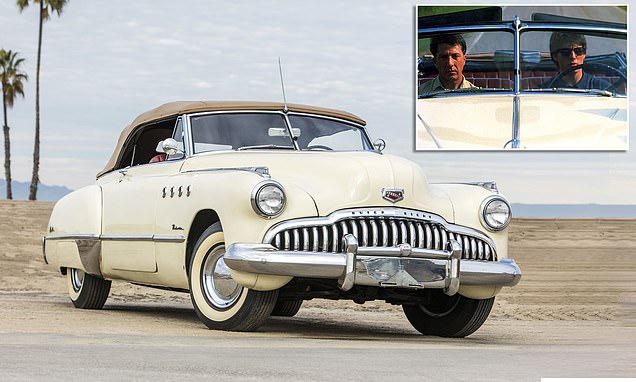 The 1949 Roadmaster Convertible, which was acquired by US actor Hoffman after the film wrapped, has an estimated value of between $160,000 and $250,000. Hoffman said the vehicle, described as the film's 'third character' had 'been in storage too long' and should be 'driven, enjoyed, and cherished'. Rain Man follows the cross-country life-changing road trip made by selfish wheeler-dealer Charlie Babbitt (Cruise) and his autistic brother Raymond (Hoffman). The film won several academy awards including best film, best director for Barry Levinson, and best actor for Hoffman.

Hitchcock's 'The Birds': Has mystery been solved?

Whodunit? A final mystery surrounding the work of film legend Alfred Hitchcock – what triggered the crazed bird flocks that helped inspire his 1963 thriller The Birds – appears solved by scientists.

Dying and disoriented seabirds rammed themselves into homes across California's Monterey Bay in the summer of 1961, sparking a long-standing mystery about the cause among marine biologists. The avian incidents sparked local visitor Hitchcock's interest, along with a story about spooky bird behavior by British writer Daphne du Maurier.

Brian Reilly next to his '68 Ford Fairlane

In 1993 Brian Reilly, a self-professed "Ford nut" wanted to purchase a convertible. After an extended search, he found a diamond blue, 1968 Ford Fairlane in Seattle.

Little did he know, he had just stumbled upon a unique piece of television history.

Being an avid fan of Ford Fairlanes, Reilly noticed a few things about the car that seemed "somewhat unusual," including its large, 390 GT engine, which Reilly says that model didn't usually have.

Director Oliver Stone belittled the Holocaust during a shocking interview with the Sunday Times today, claiming that America's focus on the Jewish massacre was a product of the "Jewish domination of the media."

The director also defended Hitler and Iranian President Mahmoud Ahmadinejad, and railed against the "powerful lobby" of Jews in America.