The Dead Are Dead Until the Resurrection
Kamala Harris Kwanzaa LIE

Stand News said in a statement that its website and social media are no longer being updated and will be taken down. It said all employees have been dismissed.

Results indicated candidates in Hong Kong's elections favouring calls for greater democracy were on course to seize a shock majority of the 452 seats contested, media reports said. District councils - which handle community-level concerns such as bus routes and garbage collection - have long been dominated by the pro-Beijing establishment (pictured voters queuing around the city). The pro-democracy camp hopes weakening that grip would send a message to China and Hong Kong's unpopular leader Carrie Lam. Hong Kong has endured months of mass rallies and violent clashes pitting police against protesters who are mobilised by fears that Beijing is whittling away at the semi-autonomous territory's freedoms, which are unique for China.

'This could be Tiananmen 2.0': Fears police will KILL Hong Kong university protesters after Carrie Lam warned 'surrender is your only option' and cops threatened to use live ammo 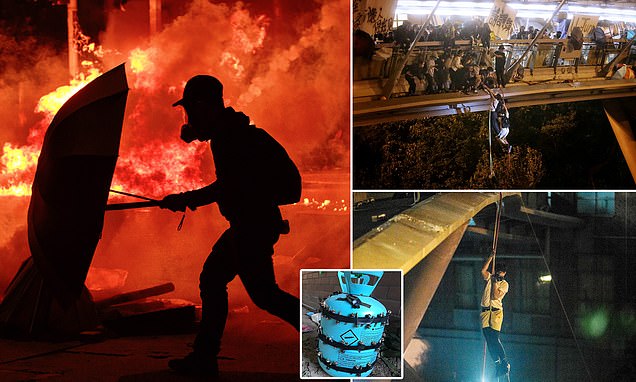 Fears of a Tiananmen Square-style massacre grew in Hong Kong Tuesday as up to 200 protesters remained trapped at the city's Polytechnic University in a standoff with police. Around 600 people were evacuated overnight, 200 of them children, but a hard core of protesters remained, fearful of being arrested and charged with rioting. Hong Kong chief executive Carrie Lam urged them to put down their weapons and come out, saying that surrender is the only option left. Meanwhile parents waiting outside the campus for their children to come out said they feared a massacre after police threatened to use live ammunition if the situation becomes 'uncontrollable'.

Hundreds of fans at the Brooklyn Nets' game at Barclays Center on Friday night wore black T-shirts that read 'Stand With Hong Kong' and held signs such as one that read: 'Human Rights Matter!' 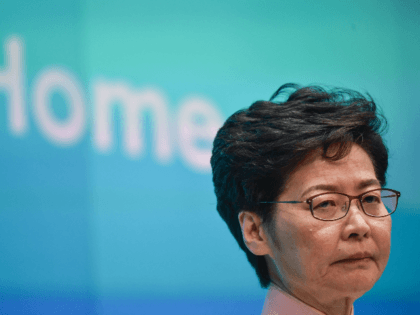 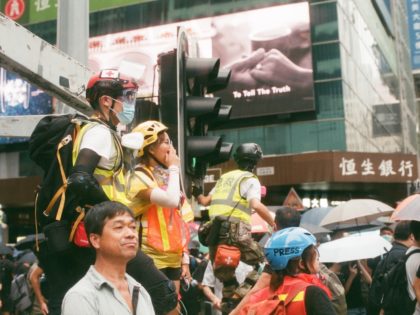 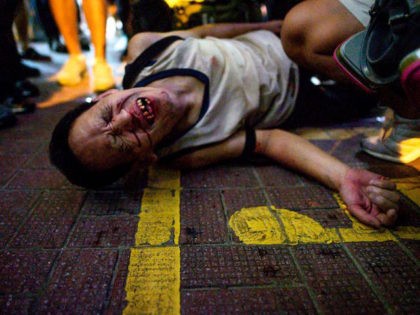 Stand News said in a statement that its website and social media are no longer being updated and will be taken down. It said all employees have been dismissed.