Dershowitz: Next Democratic president will be impeached

Law scholar Alan Dershowitz predicted the next Democrat elected president of the United States will be impeached as a result of the same "open-ended" criteria the party is currently using to impeach President Trump.

"They have created open-ended criteria which bear no relationship to the word of the Constitution itself," Dershowitz said Sunday on Fox News. "If President Trump is impeached, it will set a terrible precedent, which will weaponize impeachment, and the next Democrat who gets elected will be impeached."

Dershowitz, who has been critical of Trump in the past and says he voted for Hillary Clinton in 2016, has spent recent months criticizing the impeachment push led by House Democrats.

Posted at 07:11 AM in Defend the Bill of Rights and Constitution, OPINION | Permalink | Comments (0)

I ran this in 2015..... Legal drugs kill more people than guns - but the war on the second amendment rages on!

DEA Acting Administrator Chuck Rosenberg today announced results from the 2015 National Drug Threat Assessment (NDTA), which found that drug overdose deaths are the leading cause of injury death in the United States, ahead of deaths from motor vehicle accidents and firearms. In 2013, more than 46,000 people in the United States died from a drug overdose and more than half of those were caused by prescription painkillers and heroin.
These are 2013 numbers, so let’s compare to other causes of death in the United States, according to the Centers for Disease Control. 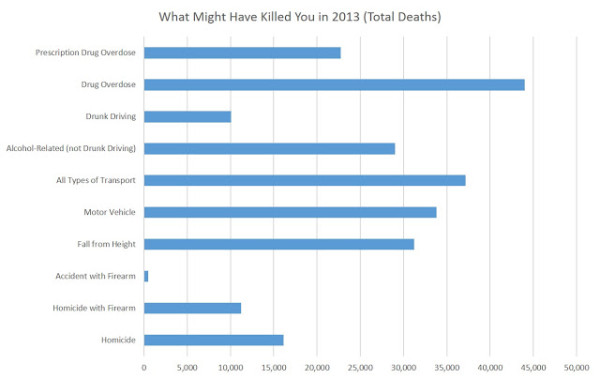 Those are the total numbers. If you prefer your stats in the often used format of x per 100,000, here you go:

Obviously, homicides aren’t exactly a leading cause of death in the US, and gun homicides, even less so. Accidental death by firearms (0.2 per 100,000) is a small blip. 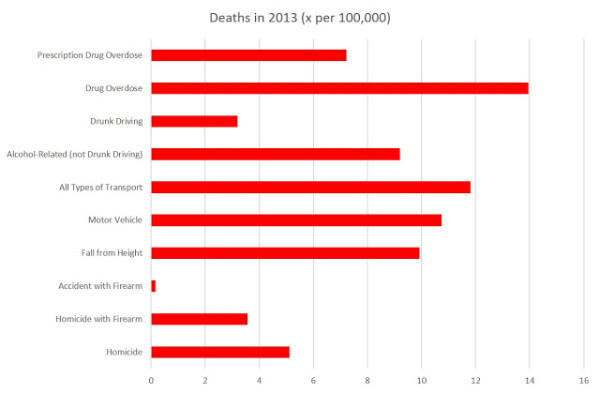 For all those concerned parents who think little Johnny is likely to get gunned down on the street would be better advised to keep tabs on their prescription painkillers, as Johnny is far more likely to die from popping those than from any gun in your house or in the hands of a school mate. 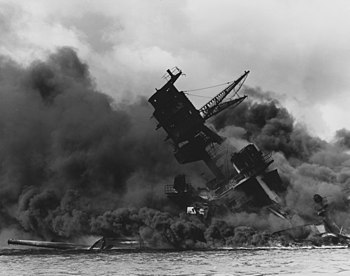 Yesterday marks 78 years since the Japanese attack on Pearl Harbor on the island of Oahu, Hawaii.

Several American ships were destroyed on that day “which will live in infamy” on December 7, 1941.

The USS Arizona still remains sunken along with the remains of some of its crew members.

According to the US census, 2,403 Americans were killed in the attack.

Trump’s supposed abuses pale in comparison to past presidents

Democrats on the House Judiciary Committee this week trotted out a trio of supposedly dispassionate legal experts to explain why the impeachment of President Trump was justified.

But however smart scholars such as Michael Gerhardt, distinguished professor of constitutional law at University of North Carolina, might be, they aren’t above peddling partisan absurdities. Once Gerhardt argued that Trump’s behavior was “worse than the misconduct of any prior president,” we no longer had any obligation to take him seriously on the topic.

History began before 2016, and there are at least a dozen instances of presidential misconduct that are both morally and constitutionally “worse” than Trump’s blundering attempt to launch a self-serving Ukrainian investigation into his rival’s shady son.

Let’s ignore for a moment that American presidents have owned their fellow human beings and focus instead on the fact that in 1942, the president of the United States signed an executive order to unilaterally intern some 120,000 Japanese-Americans. Not only was the policy racist, it amounted to a full-bore attack on about half the Constitution he had sworn to uphold.

Woodrow Wilson — who regularly said things like, “a negro’s place is in the corn field” — re-segregated the civil service, personally firing more than a dozen supervisors for the sin of being black. He also threw dissenters and political adversaries into prison, instructed the postmaster to refuse delivery of literature he deemed unpatriotic and created an unconstitutional civilian police force that targeted Americans for political dissent. All of what Wilson did was “worse.”

Archaeologists in Israel's Galilee have discovered the remains of an ancient structure now said to be the Church of the Apostles – a long-debated biblical site built atop the homes of the apostles Peter and Andrew.

While mentions of the church can be found in Christian text dating as far back as the year 725 AD, there has been no confirmation of its existence, leading some to doubt that it was ever real.

Now, a team from Kinneret College in Israel and Nyack College's Center for the Study of Ancient Judaism and Christian Origins has found what could be the first physical evidence at the site of el-Araj, in Beit Habek near the northern shore of the Sea of Galilee.

Excavations this summer have turned up ornate mosaic floors, gilded remnants of a wall mosaic, and the fragments of a marble chancel screen that was once adorned with a wreath. 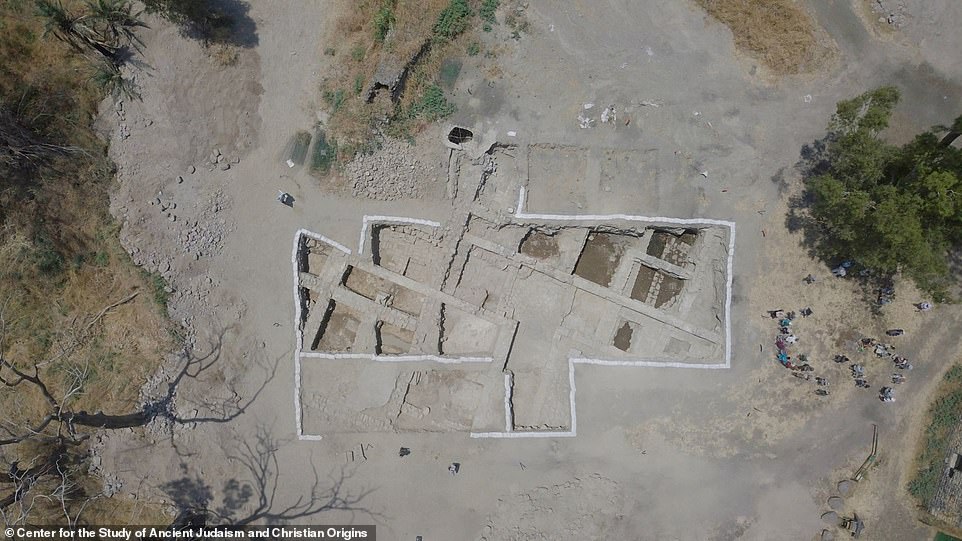 Archaeologists in Israel's Galilee have discovered the remains of an ancient structure now said to be the Church of the Apostles – a long-debated biblical site built atop the homes of the apostles Peter and Andrew. The Byzantine church was found near remnants of a Roman-era settlement, matching the location of Bethsaida

Mordechai Aviam of Kinneret Academic College, on the shore of the Sea of Galilee in northern Israel, said this season's dig at nearby El-Araj confirmed it as the site of Bethsaida, a fishing village where Peter and his brother Andrew were born according to the Gospel of John.

Speaking with his brother Jesuits during his recent visit to Thailand, the Argentinian pope minced no words in his thinly veiled condemnation of the U.S. president and his administration, suggesting that like a modern-day Herod, Mr. Trump separates families at the border while allowing drugs to freely flow into the country.

A Look At Jeffrey Epstein’s Ties To Democrats

Some in the media are trying to make the Jeffrey Epstein scandal all about President Donald Trump, but it turns out high profile Democratic politicians and Hollywood stars were friends with Epstein too.

The Daily Caller’s Stephanie Hamill takes a closer look at his ties to high profile Democrats and celebrities. (RELATED: George Stephanopoulos Says It Was A Mistake To Dine With Epstein After His First Stint In Jail.)

short film featuring evidence that the biblical Mount Sinai is in Saudi Arabia has surpassed 1.3 million views, and among the viewers are members of radical Islamic groups that believe the movie is part of a sinister American and Jewish plot to take over the area.

As WND reported in December, the film produced by national security analyst Ryan Mauro takes viewers into a highly restricted zone in the Islamic kingdom with an abundance of features that fit the biblical description of the place where the Ten Commandments were given after the Israelites fled captivity in Egypt.

In a newly released video blog, Mauro says there have been two common responses to “Finding the Mountain of Moses: The Real Mount Sinai in Saudi Arabia” among propaganda outlets linked to the Muslim Brotherhood, the Iranian regime, Houthi rebels and others.

Some say the film is true, but it’s part of a Jewish conspiracy with the United States to seize Mount Sinai and conquer Saudi Arabia.

The following story was originally published: 4/4/2010

This is not news to us, but may be to most out there. The Bible clearly states that Sinai was in Midian (Arabia) and Paul says that Mt Sinai is in Arabia.  Most of the so-called Biblical sites recognized today are lies: Editor

Behind the protection of Saudi Arabia's military in the Islamic nation's remote desert sands, evidence about one of the Bible's mysteries lay hidden, until two explorers decided to investigate it themselves, and the results of that adventure, "The Search for the Real Mt. Sinai," a DVD from Exploration Films, is the top seller at the WND Superstore this week.

The story of the adventurers' pursuit of information about the location of the biblical events that took place at Mt. Sinai isn't for the faint of heart: Forbidden military installations, night vision goggles to see without being seen, the heat of the desert and the threat of the kingdom's Islamic law all play a role in this documentation of the real Mt. Sinai, the holy mountain on which Moses was given the Ten Commandments.

This program tells the amazing story of their travels in pursuit of evidence that confirms the Bible as historically accurate.   MORE PLUS VIDEO>>>>>>>>>>>>

Posted at 08:58 AM in A History Lesson, Bob Barney Commentaries, Religion, The Bible As History | Permalink | Comments (0) 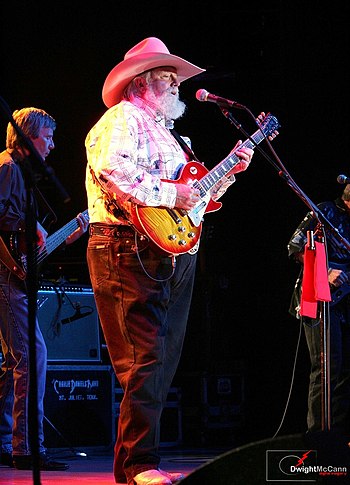 But he’s warning their agenda – right now to attack President Trump because he’s an outsider and is disrupting their plans – won’t stop there.

In fact, he’s warning that average “rank-and-file” Americans soon will be facing “dangerous precedents” because of the establishment war against the president.

He posts his opinions on the Soap Box page of his band’s website.

In a new commentary he said American needs to think of the “establishment politicians” as Pharisees, who, “regardless of what party is in power – and they are nearly interchangeable, by the way – have had their way in this country for a century or more.”