Boatlifters: The unknown story of 9/11 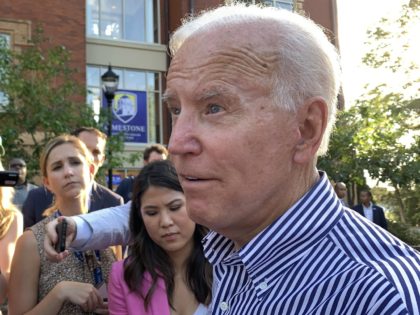 My prediction about the Biden candidacy
Pat Buchanan: Joe's campaign to date 'has ranged from dull to embarrassing'

TUCKER: AFTER ‘DESTROYING AND DEGRADING RURAL AMERICA,’ WALMART NOW WANTS TO LECTURE THEM ABOUT GUNS

Fox News host Tucker Carlson accused retail giant Walmart of “destroying and degrading rural America,” then turning around and lecturing them about “how immoral they are for daring to protect themselves with firearms.”

Wednesday night’s “Tucker Carlson Tonight” intro was a reaction to Walmart’s recent decision to stop selling certain kinds of ammunition in its stores.

Posted at 05:43 AM in American's fight for America!, Defend the Bill of Rights and Constitution | Permalink | Comments (0)

He told his listeners that people who believe in God acknowledge that life is no coincidence and that the brilliant design of the universe is "beyond our ability to comprehend."

The left, he said, believes the "earth, the universe, the solar system, the planets, whatever … [is] some random, haphazard, accidental thing that's just really, really fragile."

"Well, then, you can be easily coerced into believing that one or two slight changes could destroy it, if it's just an accident, if it's just a coincidence," he reasoned.

"It's just, like, some Big Bang. I mean, if it's really fragile… You notice one of the foundational aspects of selling climate change is that the earth is fragile, that the ecosystem and the climate are fragile, barely being held in place.

(HAARETZ) -- Archaeologists have uncovered the massive walls of a 2,200-year-old Hellenistic fortification that may have been built by the Seleucid general who defeated Judah the Maccabee, the famed Jewish leader at the center of the Hanukkah story. In an unexpected twist, the discovery could also help identify the location of the biblical town of Emmaus, where the Gospels say Jesus made his first appearance after being crucified and resurrected.

Since 2017, a Franco-Israeli expedition has been digging at Kiriath Yearim, a hill overlooking the approach to Jerusalem a few kilometers west of the city, next door to the town of Abu Ghosh. The site is mainly known for being the spot where the Ark of the Covenant was kept for 20 years before being taken to Jerusalem by King David, according to the Bible.

Washington state high schools now will allow athletes who object to competing on a particular day for religious reasons to participate in post-season tournaments.

WND reported two athletes who belonged to the Seventh Day Adventist Church sued the Washington Interscholastic Athletic Association, the WIAA, after they were barred from post-season play because of their observance of the Sabbath.

The athletes, Joseph Chung and his sister Joelle, had to certify that they would be willing to participate in every level of post-season competition. Under the old rule, if only the final event fell on their Sabbath, Saturday, they would have been banned from post-season play entirely.

Now, the WIAA has added “religious observance” to its list of accepted exceptions.

The new rule reads: “By entering participants in postseason competition, each member certifies that barring injury, illness, religious observance, or unforeseen events, the team or individuals representing the school will participate in every level of competition through the completion of the state championship.”

"I think based on how I have seen Democrats and their operatives act, I think — and that given that nobody, no human being is clean and pure as the wind-driven snow,” Limbaugh speculated Wednesday on his national broadcast.

“What I really think is going is that a lot of this is being done as opposition research, dirty tricks, what have you, by Democrats,” he explained.

Absolute PROOF that hurricanes are not caused by man made carbon or anything else we do!

I am sick of the nonsense that the Democrats, most media figures and FAKE SCIENTIST spew to the American public about global warming... IT IS A LIE. They know it's a lie, but this is Satan's way of making you give up your freedom and surrender to him and his minions, and rejecting God in the process! It's about time that the American people wake up to the coming authoritarian rule that the Democrats want to bring to America. Under the guise of "climate change" these Democrats, and many Republicans too, want to take away your God given, constitutional rights.  They want to dictate to you what to think and where you go and what you can do.  WE ARE AT WAR, and the Democrats want most of you DEAD!   Do not be stupid.

CNN says hurricanes are because of global warming.  Read the graph below to see that they are LYING!  And by the way, when the talk about the damage today, they don't have a clue of the thousands of AMERICANS killed each year before modern satellites.

Take a look for yourselves- open your eyes! A note:  Up until the 1930's we did not have accurate wind readings.  So many hurricanes were underreported and not even known!  The #'s before them may be even HIGHER!   Wind speeds defiantly were

Al Gore likes to say that the science of climate change is “settled.” But of course, science, almost by definition, is never settled.

And climate science has always suffered from the problem of shaky and missing data. Seventy percent of the globe is covered by ocean, where data is hard to collect. Reliable weather records only go back to about 1850 and, in many parts of the world, are far more recent. Modern recording weather stations date only to the early 20th century.

And many of those stations have a big problem. While they haven’t changed appreciably over the years, the land around them has changed, often profoundly, with the great growth in urban and suburban areas. The weather station that was put, say, in the middle of a Nassau County, Long Island, potato field in 1923 is still in the same spot. But the potatoes are long gone, and now it’s behind a strip mall, twenty feet from the kitchen exhaust fan of a Chinese take-out joint.

A study by meteorologist Anthony Watts found that almost 90 percent of the 1221 weather stations in the U.S. did not meet the National Weather Service’s setting standards, which requires that they be at least 100 feet from any artificial heat source or radiating surface. You can see some of the most egregious violators here. To deal with this defective information, climate scientists, have “adjusted” the data to solve this problem. Invariably, these adjustments have made earlier data show lower temperatures, and recent data show higher ones.

To develop reliable data, the National Oceanic and Atmospheric Administration (NOAA) placed 114 state-of-the-art weather stations relatively evenly spaced about the lower 48 states. They were carefully sited to be away from urban areas, which are heat islands, airports, which can be affected by jet exhaust, etc.

The system became operative in 2005. Now, realclearenergy.com is reporting that there has been no increase in average temperatures in the continental United States over the last 14 years, as measured by these new stations. If anything, overall temperatures are slightly cooler than they were.

One big reason for this lack of warming is surely the explosion in U.S. natural gas production, thanks to fracking. The U.S. is now, by far, the number-one producer of natural gas, producing 90 billion cubic feet a day, 25 percent more than second-place Russia. This has brought the price of natural gas to its lowest point in 20 years, which has resulted in a big shift from producing power by burning coal to burning natural gas, which produces 50 percent less carbon dioxide. (The shale gas revolution has vast geopolitical implications, of course, as well as climatic ones.)

As a result, the U.S. CO2 emissions are down to where they were in 1985–a third of a century ago, when the GDP was half what it is now in inflation-adjusted terms, and the population was smaller by a quarter. No other industrialized country has come anywhere close to reducing their emissions by so much.

The Plain Truth has been reporting on the dangers of Vegan diets for years now...

As consumers look to incorporate more eco-friendly habits into their daily routines, a new study evaluated the effectiveness of making the switch to a plant-based diet.

According to researchers, though there are health and environmental benefits, many of these diet plans are depriving consumers of nutrients that are vital to brain functioning.

“This is...concerning given that current trends appear to be towards meat reduction and plant-based diets,” said Dr. Emma Derbyshire.

Getting the proper nutrients

Video captures final moments before and after Jessi Combs was killed

In a run last fall, Combs was able to reach a speed of just over 483 miles per hour, according to an update on her website. 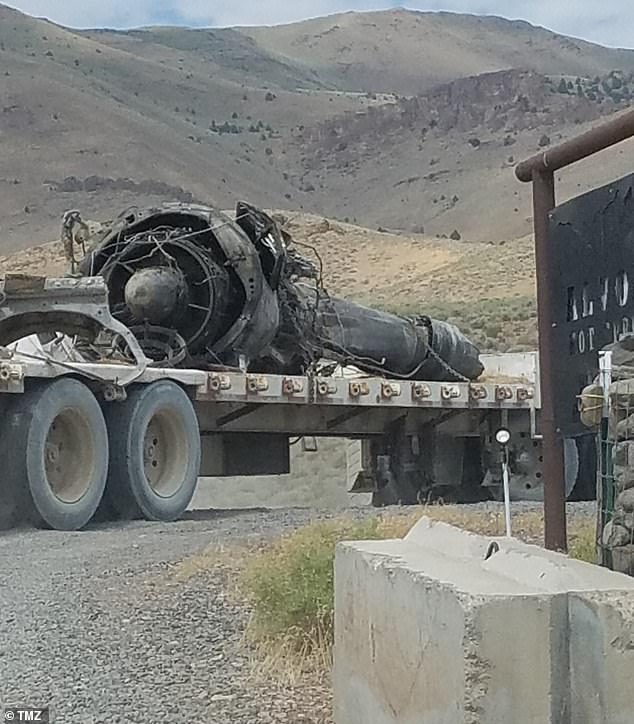 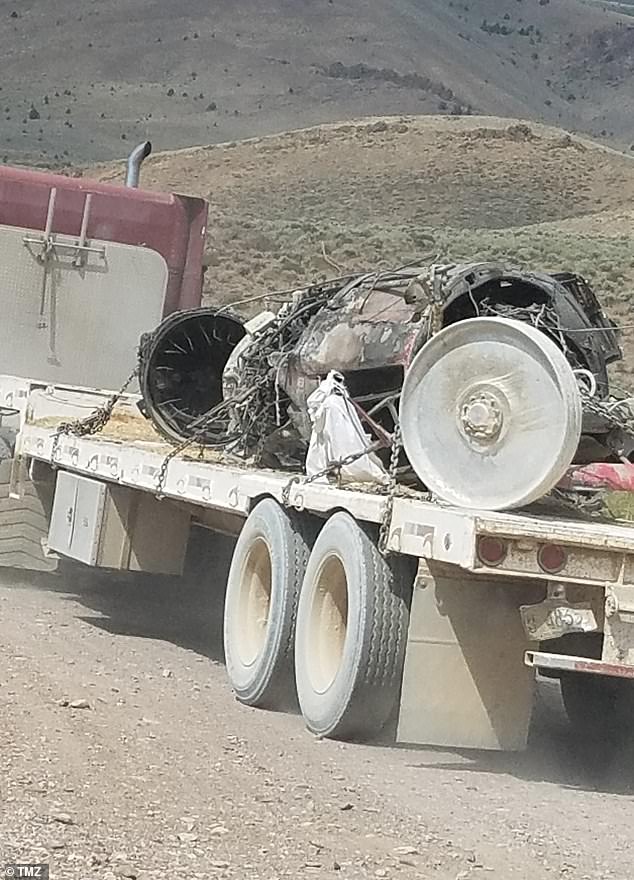 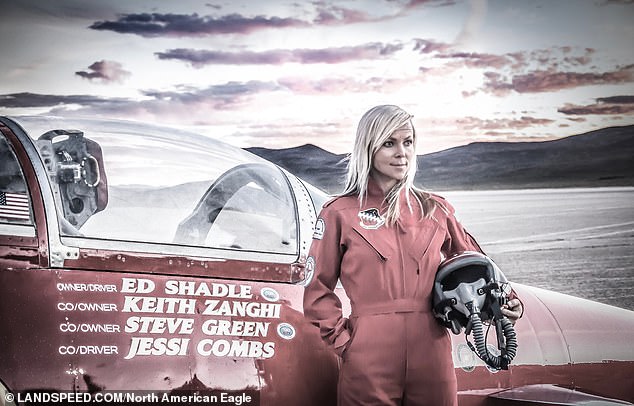 Just days before her death, Combs had posted on Instagram acknowledging her quest to break 512mph

IT'S THE MORALITY-The real cause of shootings, hate and crime

Everyone is scratching their heads trying to figure out what has gone wrong when disturbing stories break of more attacks by young men killing strangers at random. We are reeling as a nation in the wake of the most recent mass shootings and wondering what has caused this tragic phenomenon.   Our cultural elites have led us down a path of unbelief, and now we are reaping the consequences.

It’s the morality, stupid. Of course, this phrase piggybacks on the unofficial campaign slogan of Bill Clinton in 1992: “It’s the economy, stupid!” This simple phrase kept Clinton’s campaign focused, eventually on to victory.

In today’s crisis – which is not something brand new, it’s been brewing for decades in America – it’s the morality, stupid And what’s the cause of this morality? We have driven God out of the public arena.

In 1619 — 400 years ago (and before the Pilgrims landed in Massachusetts) — America experienced its first labor strike. The strike happened in the Jamestown settlement in Virginia. The strikers were craftsmen from Poland. They downed tools because their English employers would not give them the right to vote in the colony’s first election. Their lesson on the importance of skilled labor remains relevant today.

Although the stories of Captain John Smith and Pocahontas are well known, less well known is the story of the Poles who worked to make Jamestown a functioning settlement.

Smith had encountered Polish craftsmen when he traveled in the Polish-Lithuanian Commonwealth in 1603. By 1608, the first group of Poles landed in Jamestown; they were engaged in producing glass, tar, pitch, and ashes for soap-making. Some stories have the Poles teaching the Englishmen how to dig wells and build log cabins.

There is some verisimilitude about this; Smith’s companions likely were landless second or third sons of the English gentry and thus had no practical skills nor interest in learning any. Similarly, their personal servants probably were valets — without practical skills for surviving in a wilderness.

Meanwhile recruitment in Poland continued, with two more waves of Polish immigrants landing in 1609 and 1616.

By 1619, the colony was large enough to support a local governing body: the House of Burgesses. However, the right to vote was limited to Englishmen only. The Poles, whose contributions had proved vital to the survival and prosperity of the colony, were excluded. 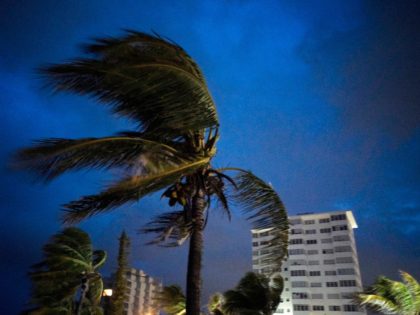 Hurricane Dorian smashed parts of the Bahamas overnight with devastating 165 mph maximum sustained winds — down from 185 mph earlier — leaving a path of destruction in its wake, the National Hurricane Center (NHC) said.

also: Updates from the MessageBoard

From Hurghada in Egypt to Riviera Maya in Mexico

If you're already thinking about booking next year's summer holiday, or still planning a late getaway, some new research could save you a whole lot of pain… in the tummy.

A new study has highlighted the world's food poisoning hotspots and top of the list is Hurghada in Egypt – 380 cases have been reported since the start of 2017.

The next highest on the sickness list was Punta Cana in the Dominican Republic, with 211 reported cases.