Your body would never get used to the perfect painkiller, says Susruta Majumdar, a chemist at Memorial Sloan Kettering Cancer Center. So unlike the case with common opioids such as morphine or Oxycontin, you would not need to take ever-increasing doses to relieve the same amount of pain. The ideal analgesic would not have the high risk of addiction, withdrawal or fatal respiratory slowdowns that have turned opioid abuse into a massive epidemic. The holy grail of painkillers would not induce the seductive euphoria of common opioids or their less-pleasant side effects like itching or constipation.

A painkiller with just one of these properties would be great, but Majumdar thinks he has stumbled onto a class of chemicals that might have them all. They are found in kratom, a plant that the U.S. Drug Enforcement Administration intends to effectively ban from the U.S. in an emergency move as early as September 30. Without legal access to it, research on some of the most promising leads for a better painkiller may grind to a crawl.

Kratom comes from the Mitragyna speciosa tree native to parts of Southeast Asia, where people chew the leaves for a light, caffeine-like jolt of energy or as a traditional medicine for ailments ranging from diarrhea to pain. Kratom has been illegal since 1943 in Thailand, where it is believed to be addictive. Case studies have suggested that suddenly stopping regular kratom use may lead to withdrawal symptoms—but they are widely considered milder than those associated with opioids.   MORE

Natalie Wood Death: Robert Wagner has finally been named a 'person of interest'

EXCLUSIVE - 'RJ still has a lot of power in Hollywood': Natalie Wood's sister is frustrated that DA has not pressed charges in beloved actress's mysterious death even though Robert Wagner has finally been named a 'person of interest' 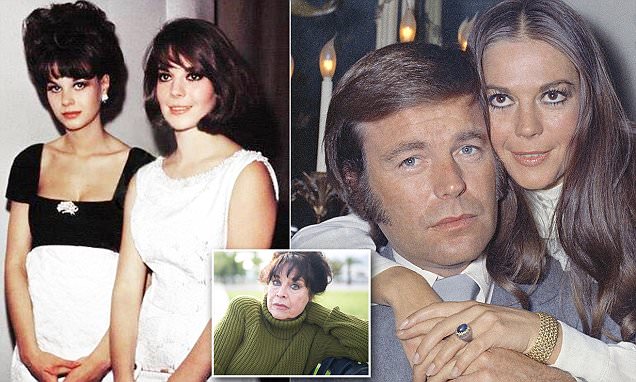 Lana Wood, 71, tells DailyMail.com that she is 'frustrated' that the LA District Attorney's Office has yet to press charges against anyone for her sister's murder. In the past Lana has said she believes Natalie's husband Robert Wagner, in her mind, is the prime suspect, a claim she is less vocal about today. Wagner, now 87, was named a person of interest by Los Angeles sheriffs, it was reported yesterday. She said: 'I feel we're so close to finding out what happened to my sister, but it's very frustrating, they have moved the case forward and made substantial inroads, but still haven't pressed charges.' West Side Story actress Natalie was found washed up on an island off the coast of California in 1981 amid mysterious circumstances following an alleged blazing row with her husband, Wagner, on their yacht. 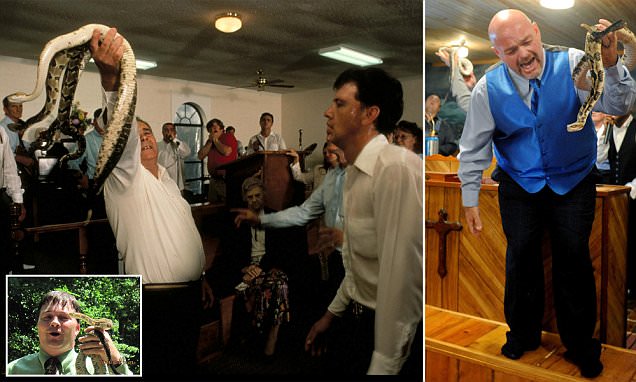 For believers in what some regard as the craziest fringe of America's Bible Belt, handling venomous snakes is as key to their worship as reciting the Lord's Prayer is for conventional Christians (pictured left). 'Serpent handlers' refuse medical attention if they are bitten and instead rely on God to decide if they live or die. The most recent fatality, in 2014, was Jamie Coots (pictured right), a Kentucky pastor who hosted a reality TV show called Snake Salvation. When a rattlesnake sank its fangs into his hand, he smiled, and said: 'Oh Lord.' Mack Wolford (pictured inset left) died in 2012 after a snake sunk its' fangs into him while he was preaching. He watched his father die from a snake bite when he was just 15.

Vaccine manufacturer Sanofi Pasteur announced Wednesday that a dengue vaccine already distributed to hundreds of thousands of schoolchildren could instead cause more severe cases of the disease in people who were not already infected.

“For those not previously infected by dengue virus… analysis found that in the longer term, more cases of severe disease could occur following vaccination upon a subsequent dengue infection,” Sanofi stated in a press release after reviewing results of a six-year clinical study.

The vaccine giant’s announcement is a major shock as the company’s Dengvaxia shot has been approved for release in 11 countries, including the Philippines where roughly 700,000 children have already received the vaccine as part of a mass vaccination effort started in 2016.

“It means some of them will develop severe dengue; we don’t know who. All of them will have to live with this possibility for the rest of their lives,” former Philippine College of Physicians Foundation president Dr. Anthony Leachon said.