RIP to a REAL American Hero: Jeremiah Denton Dead at 89 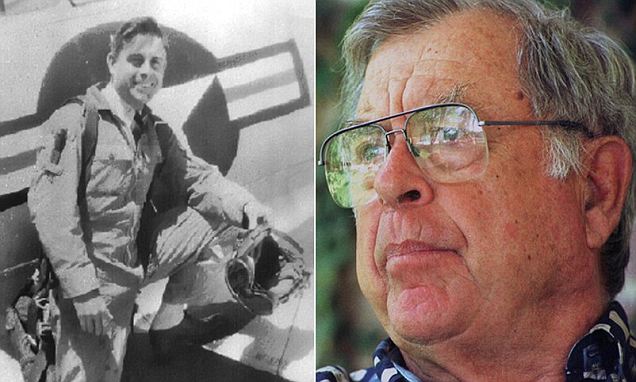 Jeremiah Denton, the veteran who famously alerted the U.S. military to conditions at the so-called 'Hanoi Hilton' and other camps when he blinked the word 'torture' in Morse code during a television interview - a message missed by his captors. Denton, who was released from captivity in 1973, died of heart problems Friday, his grandson Edward Denton said. After returning from Vietnam, the elder Denton became the first Republican from Alabama elected to the U.S. Senate since Reconstruction.

EBLA: Its Impact on Bible Records

The new findings at Ebla are possibly the most significant discovery yet made so far as they relate to the background of early Bible times. The impact on some areas of Biblical knowledge will indeed be startling.

Where Ebla is Located … and the Work Begins

Tell Mardikh -- the ancient Ebla -- is on the main road to Aleppo in Northern Syria, being not quite half way between Hamath and Aleppo. It is nearer to Aleppo than to Hamath. There is a mound and a small village about one kilometer off the highway. Professor Paolo Matthiae of the Rome University has been excavating there since 1964, but his work was not spectacular until 1968 when his team produced a statue dedicated to the goddess Eshtar, and bearing the name of Ibbit-Lim, a king of Ebla. This endorsed the positive identification of the city. The kingdom of Ebla had previously been known in Sumerian, Akkadian and Egyptian texts, and the excavators had good clues when they began digging in this 50-feet high mound. Now their hopes were bright for the future.

Parallels to 1914? What History Teaches Us About the Ukraine Crisis

On the 100th anniversary of World War I, it is tempting to compare events in Ukraine to 1914. But the current crisis bears little resemblance to the geopolitical situation of the time. The answers history provides are anything but singular and absolute. By Christopher Clark more...

The Movie NETWORK predicted our world today 38 Years Ago

Napoleon and the Great Pyramid The Great Pyramid–built for the Pharaoh Khufu in about 2570 B.C., sole survivor of the Seven Wonders of the ancient world, and still arguably the most mysterious structure on the planet. Photo: Wikicommons

There is a story, regrettably apocryphal, about Napoleon and the Great Pyramid. When Bonaparte visited Giza during his Nile expedition of 1798 (it goes), he determined to spend a night alone inside the King’s Chamber, the granite-lined vault that lies precisely in the center of the pyramid. This chamber is generally acknowledged as the spot where Khufu, the most powerful ruler of Egypt’s Old Kingdom (c.2690-2180 BC), was interred for all eternity, and it still contains the remains of Pharaoh’s sarcophagus—a fractured mass of red stone that is said to ring like a bell when struck.

Having ventured alone into the pyramid’s forbidding interior and navigated its cramped passages armed with nothing but a guttering candle, Napoleon emerged the next morning white and shaken, and thenceforth refused to answer any questions about what had befallen him that night. Not until 23 years later, as he lay on his death bed, did the emperor at last consent to talk about his experience. Hauling himself painfully upright, he began to speak—only to halt almost immediately.

Do you know who really built the Great Pyramid??  Click Here!

The hype has it that gun violence is so epidemic, it has left a trail of death so vast, only broad restrictions on legal gun ownership and limits on magazine rounds could possibly end it.

According to the U.S. Centers for Disease Control and Prevention (CDC), 31,672 people died from firearm injuries in America in 2010. While that sounds like a lot, it should be noted that the majority — 61.2% — were suicides, not mass shootings or individual murders.
Read more »

Posted at 08:52 PM in Defend the Bill of Rights and Constitution | Permalink | Comments (0)

Drive Under The Radar And Avoid Speeding Tickets

Are you familiar with the saying, "Flying under the radar?" Military pilots coined the phrase to describe how they evaded being detected by enemy radar. The technique is to fly so close to the ground that their adversary's radar waves pass over their aircraft.

Whether you're a habitual speeder or a law-abiding citizen who wants to avoid getting caught in a local revenue-enhancing speed trap, the following could help you figuratively fly under police radar. Even if you're a responsible driver, avoiding tickets makes good financial sense. Fines for tickets are skyrocketing. Like many states under financial duress, California raised its traffic ticket fines in January 6: A speeding ticket for 1-15 mph over the limit now costs a minimum of $214!

Continue reading "Drive Under The Radar And Avoid Speeding Tickets" »

English: A navy photographer snapped this photograph of the Japanese attack on Pearl Harbor in Hawaii on December 7, 1941, just as the USS Shaw exploded. (80-G-16871) (Photo credit: Wikipedia)

September 11th is hardly the first “day of infamy” to undergo public scrutiny and accusations of government conspiracy.  President Franklin D. Roosevelt coined the phrase on December 7th after the Japanese “surprise” attack on Pearl Harbor in 1941.  The attack, according to author and WWII Navy veteran, Robert B. Stinnett, however, had been no surprise at all for Roosevelt.

It was only at the author’s insistent calls on the Freedom of Information Act that the U.S. Navy at last released formerly hidden evidence that led Stinnett to conclude: FDR knew and had the power to avert disaster on December 7th.

Interview with Stinnett
The government’s claims that Japan’s codes had yet to be broken in the months leading up to Pearl Harbor have been met with questions and skepticism since 1945’s September issue of Life magazine.  Stinnett himself, in an interview featured on The Independent Institute’s website, says that he believed the article to be an anti-Roosevelt tract at the time.  After reading At Dawn We Slept

by Professor Prange in 1982, however, and learning about the US Navy monitoring station at Pearl Harbor, he changed his mind.  This was the beginning of Day of Deceit. 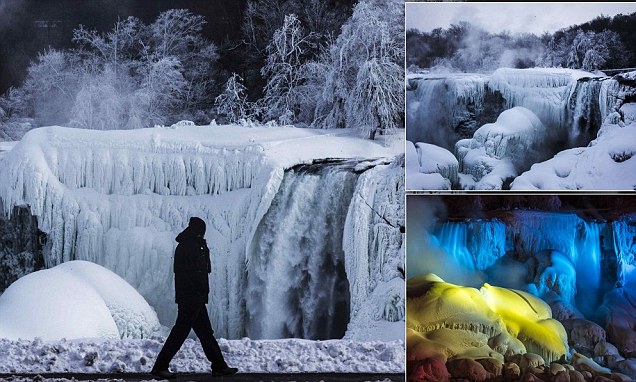 For the second time in what has been a frigid winter in the Northeastern United States, Niagara falls has come to an icy halt as the six million cubic feet of water that typically flow over the falls every minute has frozen over. The flow of water over the falls typically can withstand icy temperatures like those that have frozen much of the country this winter, but Monday's high of 9 degrees Fahrenheit brought Niagara Falls to a standstill - and photographers were there to snap some stunning images of the frozen waterfall.

More: Niagara Falls comes to a halt AGAIN: Millions of gallons of cascading water is frozen in bitter temperatures