By ARTHUR B. LAFFER

There is a lot more to taxes than simply paying the bill. Taxpayers must spend significantly more than $1 in order to provide $1 of income-tax revenue to the federal government. 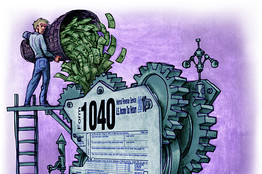 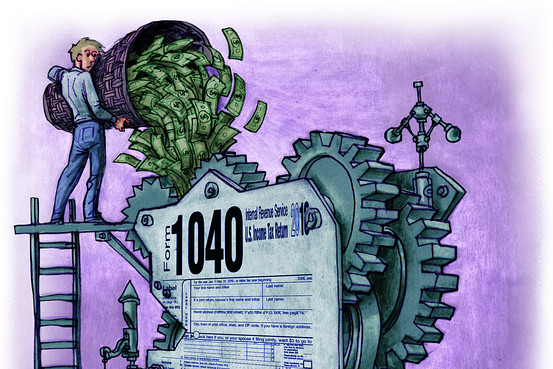 In a study published last week by the Laffer Center, my colleagues Wayne Winegarden, John Childs and I estimate that these costs alone are a staggering $431 billion annually. This is a cost markup of 30 cents on every dollar paid in taxes. And this is not even a complete accounting of the costs of tax complexity.

A complete accounting of compliance costs would also include the efficiency losses created when individuals and businesses invest in tax-avoidance activities that lower their tax liability at the expense of creating more jobs and economic growth. These lost opportunities are impossible to measure but could be the largest cost of all.

David Keating of the National Taxpayers Union provides a useful perspective on how big the tax compliance industry is. According to his research, as of 2009 the income-tax industry employed "more workers than are employed at the five biggest employers among Fortune 500 companies—more than all the workers at Wal-Mart Stores, United Parcel Service, McDonald's, International Business Machines, and Citigroup combined." Without diminishing in any way the professionalism of tax attorneys, accountants and financial planners, all of these efforts produce nothing other than, well, tax compliance.

Citizens should be able to comply with the tax code without having to spend absurd amounts of money to do so. The fact that there is such a large compliance markup in our tax system indicates that the tax system has gone awry. All of these hours could have been used for something a lot more productive than just making sure our taxes are filed and paid correctly.

An obvious alternative use is work, either as an employee or an entrepreneur. We will never know how many more businesses could have been started if we did not spend billions of hours on tax compliance. But we do know approximately how much our economy would benefit if we could use our "tax-compliance time" more productively.

If we think of the tax-compliance markup as simply another tax, we can also think of a reduction in compliance costs as a tax cut.

A tax reform to a simple flat-rate tax with no deductions would significantly reduce the current complexity inherent in our progressive tax system, which is full of loopholes, exemptions and special interest carve-outs. Based on the estimates from our new study, if a static, revenue-neutral flat-tax reform were to reduce the tax complexity in half, the long-term growth in our economy would increase by around one-half of 1% per year.

Small increases in our annual economic growth rate make a big difference over time. The unemployment rate would decline and the pay for those jobs would increase faster as well.

To see what this means in practice, consider a family that made $40,000 in the year 2000. If their income grew by 3.2% per year, the average long-term GDP growth rate, their income by 2010 would be $53,110. Now imagine that the growth in the family's income was not 3.2% but 3.72% (the impact from halving the costs of our current complex tax system). Under this higher growth scenario, the family's annual income would have been $55,568 in 2010. The slight increase in the economic growth rate raises this family's purchasing power by 4.6%. Not too shabby.

Simplifying the tax code should be a top priority. Regardless of the reform approach taken, the U.S. economy will be enhanced greatly by significantly reducing the complexity of the current tax code. In a time of global economic competition, we cannot afford the luxury of a Byzantine tax system.

Mr. Laffer is the chairman of Laffer Associates and the co-author of "Return to Prosperity: How America Can Regain Its Economic Superpower Status" (Threshold, 2010).

By ARTHUR B. LAFFER

There is a lot more to taxes than simply paying the bill. Taxpayers must spend significantly more than $1 in order to provide $1 of income-tax revenue to the federal government.