HEADLINES & STORIES FROM AROUND THE WORLD: Week-4

HEADLINES & STORIES FROM AROUND THE WORLD: Week-4
Jan 24-31 2021
News Stories from Across The World:
Tuesday: 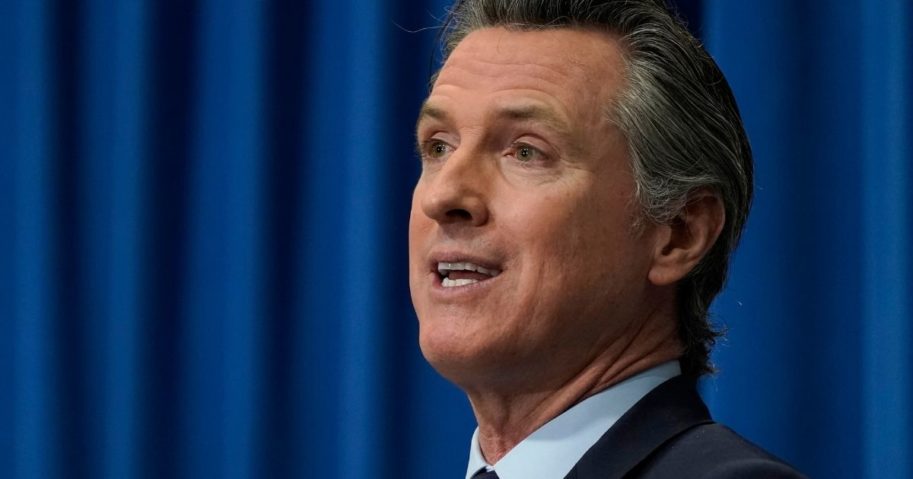 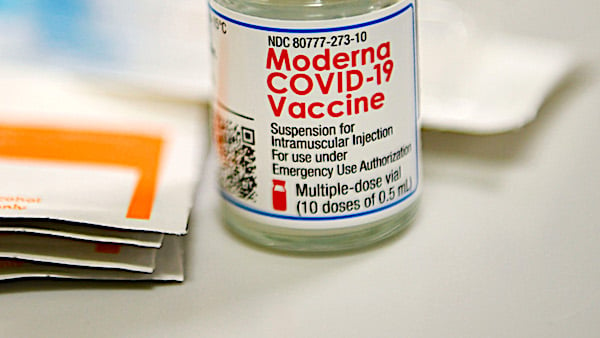 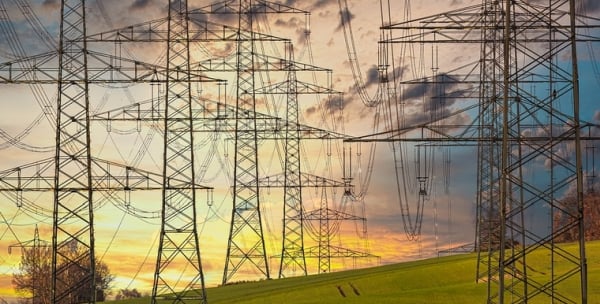 Biden rescinds Trump order banning Chinese Communist involvement in U.S. power grid- This is
what happens when you are owned by China. So we are going to allow in our grid, which if sabotaged
could kill a MILLION AMERICANS!
Anger surges after Guard troops forced to rest in cold garage
'Toilet paper effect': Americans scramble for ammo amid shortage
COVID narrative shifts with Biden's inauguration-Trump's Gone- Time to stop the fake cold called Covid
2021 Headline Archives
HEADLINE ARCHIVES: WEEK by WEEK 2020
Headline Archives 2019 Week by Week
Headlines archives 2018
Headlines archives 2017
Headlines. archives 2016
2015

The Plain Truth has been warning for years what our future holds according to God's word. We, along with parts of Western Europe, Britain, Australia and New Zealand are the "lost" tribes of Israel.  All prophecy in the Bible where "Israel" is being warned about the "end times" are never referring to the Jews!  Jews are not Israel. They are Judah, only one tribe of Israel.  God made 12 (later 13) different nations out of Jacob's children, who if you believe God, would number in the billions!  That could never apply to the Jews.....   Read who the tribes are here.  And where they can be found today. Read about the importance of the number 13 here.  Do not be fooled. God foretold of a time when ISRAEL would be enslaved by evil godless rulers and illegal foreigners. You can read about it HERE

It appears that this years stolen election, coupled with OUR SINS (abortion, refusing to obey God's Laws, refuse us to allow God to be in our schools and hearts have finally taken its goal.  We have been enslaved.  We are in captivity.  Our destruction is near. 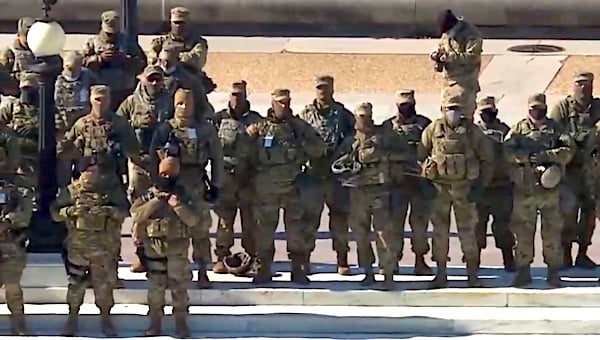 Posted at 08:18 AM in America in Prophecy, Bob Barney Commentaries, END TIMES/Wars and Rumors of Wars | Permalink | Comments (0)

The Plain Truth has been warning for years what our future holds according to God's word. We, along with parts of Western Europe, Britain, Australia and New Zealand are the "lost" tribes of Israel.  All prophecy in the Bible where "Israel" is being warned about the "end times" are never referring to the Jews!  Jews are not Israel. They are Judah, only one tribe of Israel.  God made 12 (later 13) different nations out of Jacob's children, who if you believe God, would number in the billions!

Is this the real reason Trump lost the election – and the favor of God?
Exclusive: Scott Lively notes ex-president's 'pro-life' commitment
did not translate to 'pro-family'

Wars and Rumors of War: Indian and Chinese tanks 'go face-to-face within 300 feet of each-UPDATED

IS WAR COMING IN ASIA?

Indian and Chinese soldiers brawl on Himalayan border with casualties on both sides, six months after hand-to-hand combat left more than 20 dead

The fight broke out at Naku La, in a remote region of the Himalayas, after Chinese forces tried to send a patrol on to Indian territory and were forced back, according to Indian military officials. 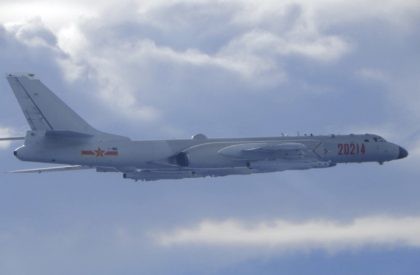 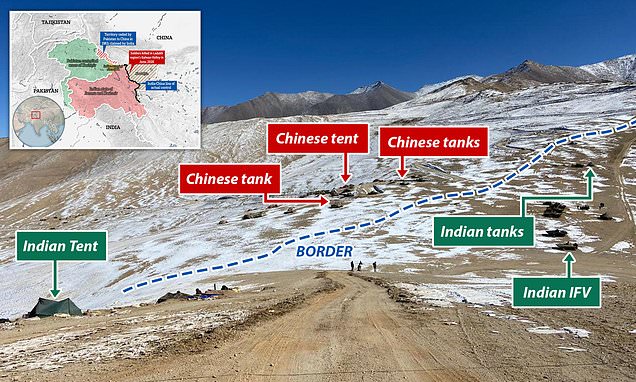 The photo of the tanks was first shared on Chinese social media site Weibo by a 'military blogger' and the story has since been picked up by pro-Beijing news sites which boast of the prowess of their Type-15 tanks. It shows armored vehicles lined up against each other close to a dirt road along the 2,000-mile border where last year grisly hand-to-hand combat left at least 20 Indian soldiers dead. Since June's clash, the first deadly fighting in 45 years, India and China have heavily fortified their positions on either side of India's Ladakh region. On Monday, the Times of India reported that the Chinese had moved around 10,000 troops held in reserve up to the Line of Actual Control (LAC) - the line drawn by the foes after the 1962 Sino-Indian War.

It's about time you begin to realize that this vaccine is NOT good for anyone!

From BBC no less:

"Even after you have had both doses of the vaccine you may still give Covid-19 to someone else and the chains of transmission will then continue," Prof Van-Tam said.

People who have received a Covid-19 vaccine could still pass the virus on to others and should continue following lockdown rules, England's deputy chief medical officer has warned.

Writing in the Sunday Telegraph, Prof Jonathan Van-Tam stressed that scientists "do not yet know the impact of the vaccine on transmission".

He said vaccines offer "hope" but infection rates must come down quickly.

Matt Hancock said 75% of over-80s in the UK have now had a first virus jab.

Both the Pfizer-BioNTech and Oxford-AstraZeneca vaccines require two doses, and figures so far reflect those given the first dose.

The health secretary told the BBC's Andrew Marr that around three quarters of care homes had also been vaccinated.

Wanted to prove to Black Americans that the Vaccine was safe. IT IS NOT!

Atalanta Braves legend Henry Louis 'Hank' Aaron breathed his last on Friday, January 22, 2021. Regarded as one of the finest baseball players of all-time, Aaron had eclipsed Babe Ruth as baseball’s home run king, hitting 755 homers and holding the most celebrated record in sports for more than 30 years. He died at the age of 86.

Hank Aaron cause of death: How did Hank Aaron die?

In a Hank Aaron death official statement, Atlanta Braves revealed that their legend had passed away in his sleep. No details on Hank Aaron health or his cause of death were disclosed. A little over two weeks before his death, the Hall of Famer had got vaccinated against COVID-19 in Georgia hoping to send a message to Black Americans that the shots are safe.

Aaron, at the time, had told Associated Press that he had no qualms in getting vaccinated and was proud of himself for doing so. Many have alleged that his death could be triggered by the vaccine dosage, but there have been no confirmed reports of the same. Major League Baseball Commissioner Robert Manfred Jr. called his friendship with Aaron "one of the greatest honors of my life" while paying his respects to the Braves legend.

Hank Aaron played the majority of his MLB career for the Milwaukee and Atlanta Braves, etching his name in the record books in what was a stellar career. In a time when racism was at the forefront of baseball, Aaron made a name for himself, after being inspired by Jackie Robinson as a young kid. Aaron's incredible power-hitting achievement came in the face of hate and death threats when he eclipsed Babe Ruth's home run record, from people who did not want a Black man to claim such an important record. Aaron ended with 755 home runs before retiring in 1976. 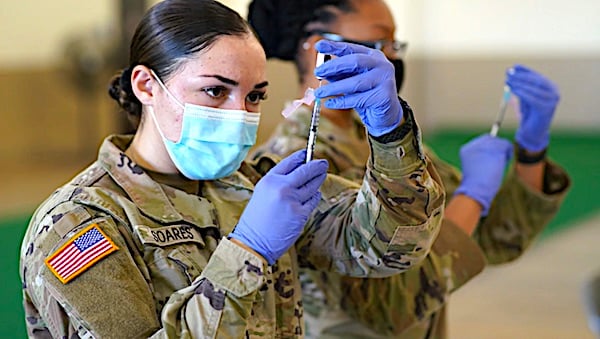 Fireworks! Watch Rand Paul crush Stephanopoulos on 'stolen' election
'You're forgetting who you are as a journalist if you think there's only one side'

Forward: The Plain Truth has covered this topic for years now. This event is probably going to happen in our lifetime-from the sun, or from an enemy!

Two EMP experts warned Congress on Thursday that North Korea is capable of executing an EMP attack over the United States which would send the U.S. back to the stone age and would lead to the deaths of 90 percent of all Americans within one year.

Chairman Dr. William R. Graham and Chief of Staff Dr. Peter Vincent Pry of the Commission to Assess the Threat to the United States from Electromagnetic Pulse (EMP) Attack told the Committee on Homeland Security that the U.S. is now facing a “doomsday scenario” as U.S. intelligence under the Obama administration grossly underestimated the capabilities of North Korea.

Posted at 09:11 AM in American's fight for America!, Big Brother is Watching, END TIMES/Wars and Rumors of Wars | Permalink | Comments (0)

One hour after Biden inaugurated, WHO changes COVID testing criteria

Everyone who had a brain knew this. The Plain Truth has been telling it's readers this since MARCH!

The change is expected to lead to a reduction in COVID case tallies.

Posted at 08:45 AM in America in Prophecy, American's fight for America!, Your Health Today | Permalink | Comments (0)

Rand Paul: Are They Going to Impeach Bernie Sanders for Inciting the Guy Who Shot Steve Scalise?

Friday on FNC’s “Hannity,” Sen. Rand Paul (R-KY) questioned the validity of the impeachment process underway against President Donald Trump now that he has left office.

Paul argued there were other instances of where the standard of incitement could be used against sitting members of Congress, including Sen. Bernie Sanders (I-VT), and questioned if Chief Justice John Roberts would show up to preside over the U.S. Senate’s impeachment trial.

HANNITY: Immigration, amnesty, Paris accords, impeachment — you know, this is a pretty radical change for the country. And every step of the way, what I see is losing jobs, costing billions if not trillions over time and a waste of money. And yet somehow, I guess America wasn’t fully informed and now, D.C. statehood on top of it.

Continue reading "Rand Paul: Are They Going to Impeach Bernie Sanders for Inciting the Guy Who Shot Steve Scalise?" »